University Presidents with a Sales Pitch and an Army

In January 1991, a group of students opposed to the U.S. bombing of Iraq and the coming war in the Middle East set up a camp with 27 tents on the North Campus of the University of Georgia (UGA). The tents were initially located near the Arch, the entrance to UGA from downtown Athens. After a couple of weeks there, threatened with arrest, they negotiated an agreement with Charles Knapp, the president of UGA, to move to a small designated area away from the Arch, pay for any damage to the North Campus lawn, and to reapply for "office space" every two weeks. The camp dispersed in late February, soon after a cease fire was called in "Desert Storm."  See http://www.uga.edu/gm/301/FrontYes.html

Based on what recently occurred on the campuses of two great universities in California -- UC-Berkeley and UC-Davis -- you have to wonder what would happen to UGA students in 2011 if they set up tents for a protest. I doubt if the outcome would be the same -- a peaceful protest that was tolerated within limits by a university that respected the right of students to express their views on an important issue. In contrast to UGA in 1991, see what happened at UC-Davis when some students held a protest: http://www.youtube.com/watch?v=WmJmmnMkuEM

It appears that the leaders of major universities have new reasons and weapons to oppose student free speech rights, which were established in the 1960s following the Berkeley Free Speech Movement. Now, expressions of concern about "safety" and "security" can be used to justify violent police actions to shut down student demonstrations, and university heads (presidents or chancellors or whatever) have large forces of black and blue clad ass-kickers, bearing the fanciest of weapons, to enforce their edicts.

From the late 1960s through the 1990s, university administrators were respectful of students presenting their grievances: after all they were expressing their concerns on a college campus where the passionate exchange of ideas is usually encouraged. Now, many seem determined to silence students at whatever cost and by whatever means they deem necessary. What has changed to make university leaders and the elite staffers of some of the nation's best universities determined to squelch free speech on campuses?  I suggest the following changes contribute to the new aggressive use of a "president's army" to shut up students:

First, the university presidents now have the power to take such actions, and the worry little about objections from the faculty (some talk, little action) or most students ("I just want a job when I graduate."). At one point in history, the faculty of a university had real power and responsibility in the operation of the university, including a strong voice in the selection of the university's president.  And after the free speech movement in the 1960s, students gained a modicum of power, with the legitimacy to make demands and express opinions about university governance and other issues of concern to them.

Now, university leaders and elite staffers have usurped, to a large extent, faculty and student powers. And the concerns of these folks have little in common with the concerns of faculty and students. The administrative elite of any university is preoccupied with budgets, expenditures, personnel management, building and grounds maintenance, enrollment management, record keeping, and, above all, fund raising. Because of the increasing need to fund universities from external sources, many university presidents and chancellors are no longer the cream of the academic crop, but are people with useful political ties or begging skills that can bring much needed cash to the institution. These folks spend much, if not most, of their time raising money and managing external relations. They hire well-paid administrators -- the staff elites -- to manage the university.

In the tradition of hierarchical organizations, the elite staffers often see themselves as the top of the pyramid of a large business that sells education and research. Like most managers at the top of a large bureaucratic pyramid, they have limited contact with the employees producing the education and research, or the clients who consume their product. Most probably have not been with students in a classroom or carried out publishable peer-reviewed research in years or decades, if ever. They value efficiency, which is not a value of great concern to most faculty members and students. 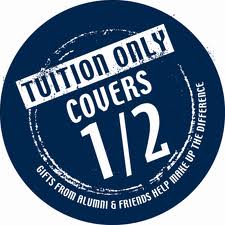 Second, university presidents want to sell sizzle of the university steak to potential donors and other funders, and unwelcome student protests can interfere with the sale pitch. Because the main job of a university president is to raise money, much of his or her time is spent courting rich private donors, corporate donors, foundations, federal government funders, and, if a public university, state legislators. They want to tell the rich folks about the school's US News and World Report  rankings, the number of faculty with degrees from the best universities, the number of Fulbright scholars, the interesting research that will lead to new jobs, the new programs that are planned, and the successes of the most attractive and brightest students. Their sales pitch is interrupted, perhaps ruined, when they have to explain to potential donors why students are aggressively protesting such things as the excesses of capitalism, steep tuition increases, or corporate greed.
http://chronicle.com/article/Updates-on-Capital-Campaigns/65807/

Third, university presidents now have small armies of armed police officers to get rid of problems such as uncooperative students saying things that might interrupt the sales pitch to donors. When I was attending university in the late 1960s and early 1970s, the campus cops were hired mainly to enforce traffic laws and to keep things calm at athletic events and fraternity parties. They did not have weapons, and for years efforts to arm them were resisted. They certainly did not walk around in riot gear or SWAT outfits. Of course that has now changed. Anyone who watches the police confronting students at the University of California, Davis, has to be astounded at the number of police officers undertaking this task, how they were dressed, and the weapons they had and used. In their black and blue uniforms and visor-ed helmets and sun glasses -- bearing batons, some rifle-looking things, pepper spray, and who knows what else -- they certainly were intimidating. This group looked and acted as if it were raiding an unfriendly village in Iraq or Afghanistan to remove a group of terrorists. And these fearsome SWAT-like commandos, confronting a bunch of young folks in jeans and sweatshirts, were empowered by the chancellor of the university to do all kinds of violence to, and to arrest, all who got in their way.

Apparently, this is what some campuses have become: homes for presidents or chancellors with armies who can order inconvenient students -- those stepping on the president's sales pitch -- to be beaten, pepper sprayed, arrested or who knows what -- maybe mace comes next, then bullets. And all of this is justified with soothing words about respecting rights and the need to protect safety and security.

O.K., maybe I am wrong in my explanation of what is happening on these campuses, and maybe there are better explanations for police violence to shut up students. For example, see these other explanations:

However even if my understanding is wrong, I still cannot conceive of a reason why a college president needs an army -- black-shirted SWAT-like special ops commandos -- to deal with non-threatening students who are trying to express their opinions. Nor do I believe that after a president or chancellor unleashes this army, he or she can credibly declare his or her horror at the results.

Let's take the army away from the presidents and chancellors, and give them back campus cops, preferably with minimal weaponry, instead.

Email ThisBlogThis!Share to TwitterShare to FacebookShare to Pinterest
Labels: University of California at Davis