The Art of Bubbaville, Arkansas, Population: 2

First things first:  Bubbaville is not a city named in honor of beer-swilling, pot-bellied, deer-killing, truck-driving good-ole-boys. It is a place named (by me) after its founder and creator, Bubba McCord, who has constructed in his back yard a colorful homage to the signs and objects adorning the buildings of Arkansas's cities in the late 1930s and early 1940s.

His creation includes cultural icons of that era and offers a slice of history in what can be described as a culture- and history-based applied art project. It re-creates the feel of old downtown store fronts, concentrating an intense and seemingly random assemblage of familiar advertising signs and other artifacts that populated Arkansas in that era. Entering Bubbaville brings a smile and darting eyes that strain to take in the many details of the whirl of sights that surround you.

I first visited Bubbaville in early September. To get there, you go to Bubba’s large house in an affluent suburb in the west part of Little Rock. At the back of the house and down some stairs, you enter the streets of a city that Bubba built using the rear part of the house and some out buildings as his canvass.


After the initial confusion of landing in this unexpected place, the next urge is to look at the details, many of which evoke recollections of things that you have seen elsewhere. 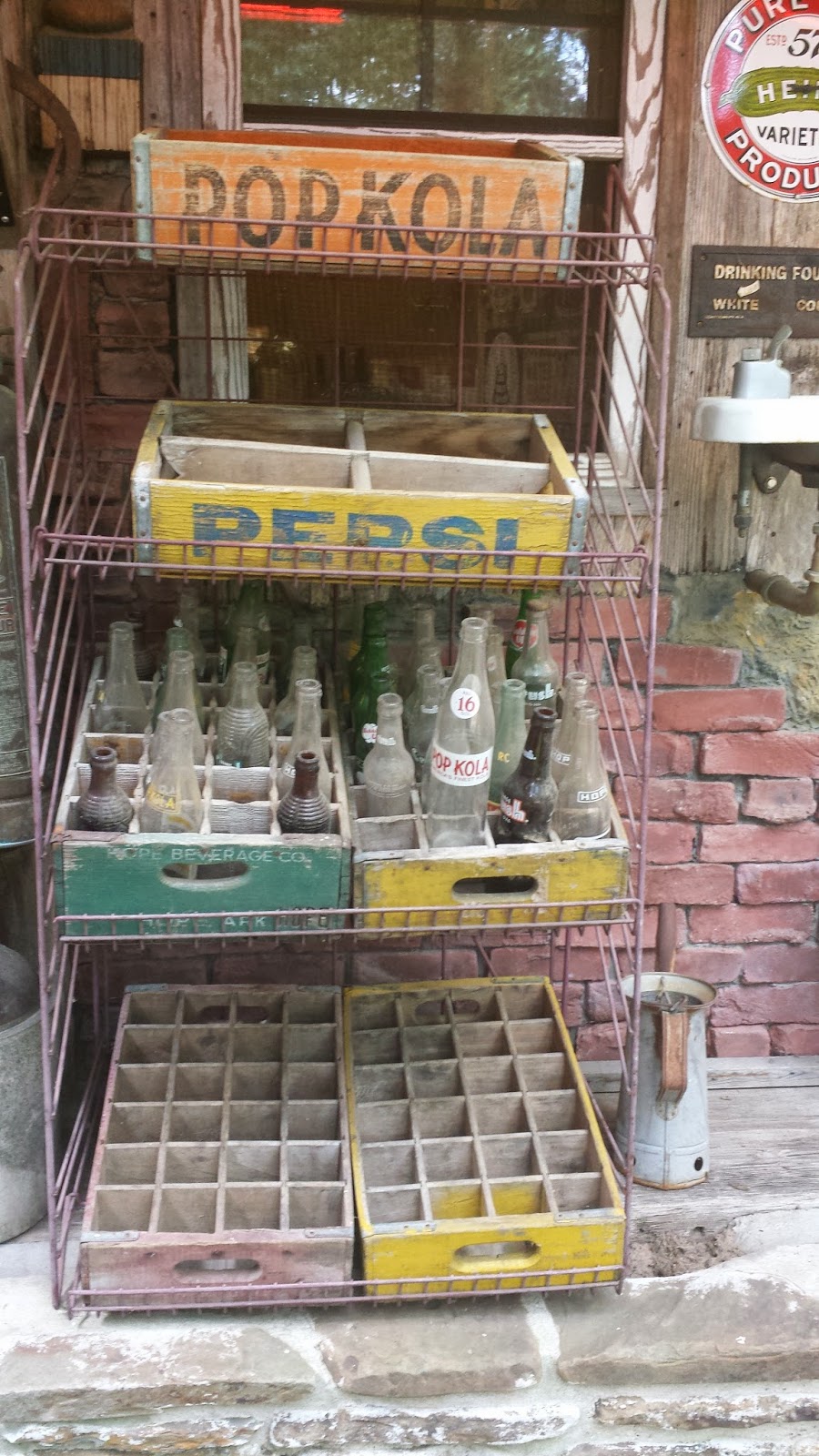 Looking around Bubbaville, so many things catch your eye. At first, the various signs, posters, and other objects compete for your attention. After a while, however, you have to marvel at the setting created to show the various artifacts in a natural habitat: the weathered and distressed wood, the uneven bricks, the strings of neon lighting, the brick wall, the stone walkway and the wooden porch. These all contribute to the feeling, the reality, the impression, the art of the installation.

After absorbing the overall scene and examining up close the individual objects comprising it, I had to ask Bubba the obvious question. Where did you get all of these things?  Part of the answer was not surprising: many of the various advertising signs and other objects (milk can, tricycle, etc.) came from a large flea market held periodically in Texas. However, the other part of the answer was surprising:  Bubba made many of the other things, especially the advertising signs, himself.  To prove it, he showed me his huge, well-equipped studio-shop and some of the signs he has recently made and will soon be installing in Bubbaville. 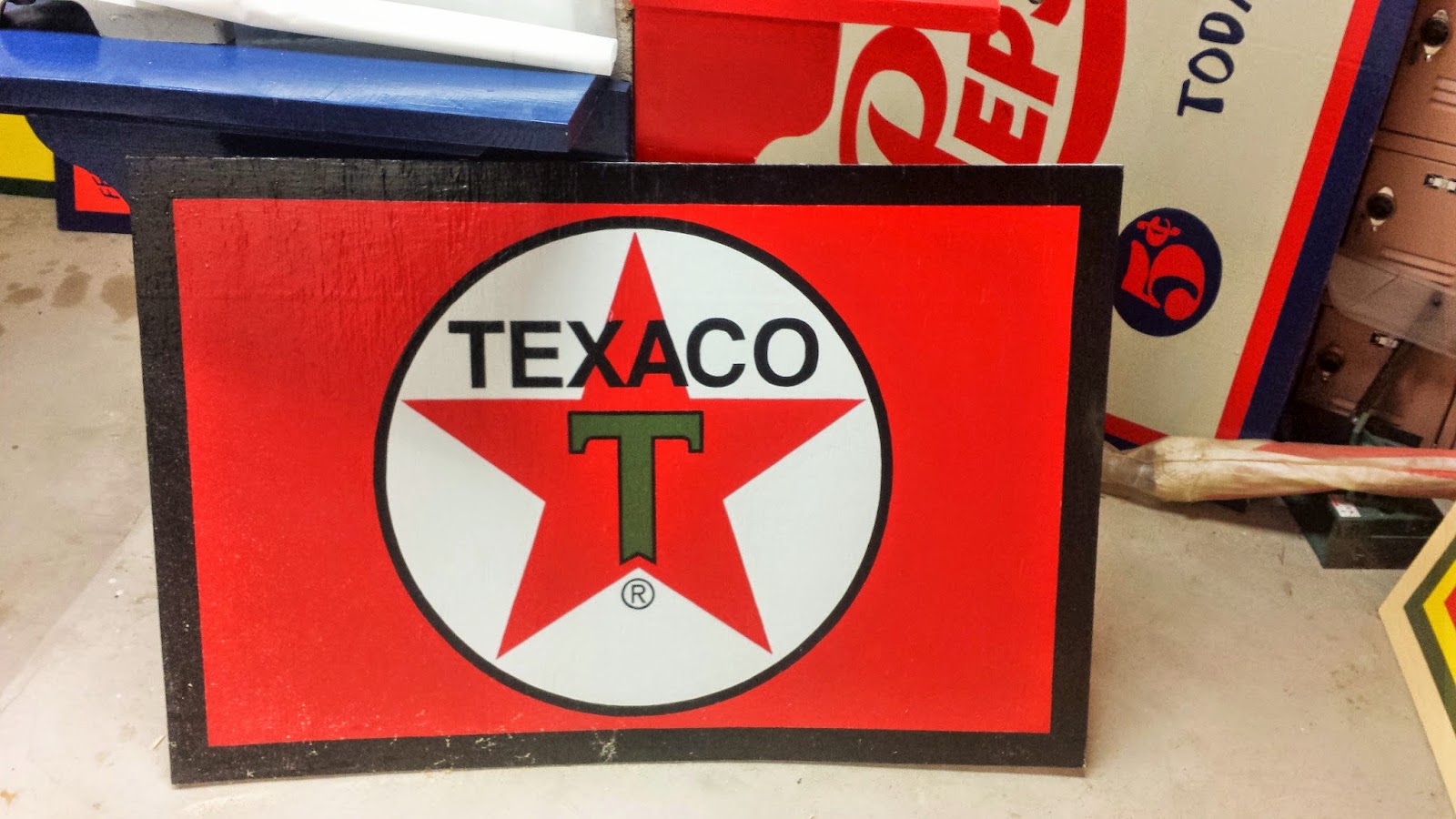 As you can see from the pictures of Bubbaville, Bubba has created quite an visual feast, an installation whose colors and textures are a combination of intentional human choices and the unforeseeable impacts of air, wind, rain, the sun, and other forces of nature on the original colors and their application. He puts in one place a collection of the human-cum-nature art that we often spot on ancient brick or wood buildings, many now abandoned, scattered throughout Arkansas bearing old signs -- ghost signs -- painted decades ago. And he supplements these old signs with his bright replications of signs that once adorned buildings throughout the state.

According to Bubba, he will complete Bubbaville in the coming months. He has been making the final signs and has been trying to acquire the last artifacts (one of which, I know, is an old truck) that will complete his vision.  After seeing his talent for this type of creation, I hope he takes on another ambitious project that will provide a good outlet for his talents.

Who knew back in the old days when Bubba was either my catcher blocking curve balls in the dirt or an opponent trying to hit my curve ball that he had such a creative side.  However, I will note that some creativity is too much, such as his creative memory that I was pitching for McIlroy Bank in the Fayetteville Little League when he hit his first home in organized baseball while playing for Ricketts Drug Store. Somehow, I don't remember that at all. Of course when that happened most of the old signs and objects in Bubbaville were not yet antiques.

For more about Bubba, me, and baseball go to this link:
http://www.scribd.com/doc/59006218/Bubba-s-Nemesis-The-Battle-for-the-1962-Championship-of-the-Fayetteville-Babe-Ruth-League