Mayor A.K. Hartman and the Brindle-tails Usurp Little Rock’s 1870 Election, To No Avail

In November 1870, aldermen Frederick Kramer of the first ward and Asa Richmond of the third ward ran for re-election to the Little Rock city council. Both were supported by the regular republicans (the “minstrels”), a faction headed by Gov. Powell Clayton, but were opposed by the anti-Clayton reform republicans (the “brindle-tails”) who viewed them as barriers to controlling the council. One brindle-tail leader, Little Rock Mayor A. K. Hartman, especially wanted Kramer, a fellow Prussian and an implacable foe, off the council. To that end, Hartman helped carry out a brindle-tail plot to usurp the ward 1 polling place, replacing the regular election judges and ballot box with their own. The plot’s results were not what Hartman or the other brindle-tails expected. 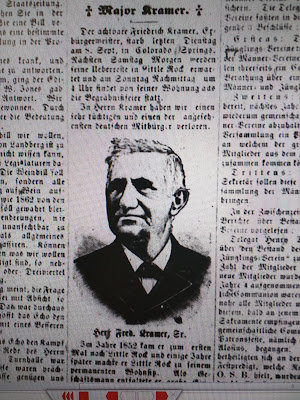 The story of the usurpation attempt and its aftermath is told in my paper, "Mayor A.K. Hartman and the Brindle-tails Usurp Little Rock's 1870 Election, To No Avail."

To read or download the paper, go to one of these links: