Like hundreds of thousands of Germans, Gustav Klingelhöffer and his family immigrated to the United States during the first half of the 19th century. He was an educated man, a Lutheran pastor, who led the effort of a group of disaffected  Germans in the Rheinhessen region to form an emigration society that planned create a German colony in the Arkansas.

Pastor Klingelhöffer headed this group of 250 to 350 people, called the Mainzer Emigration Society, as they took a boat from Bremen, headed for Little Rock via New Orleans. Apparently, the group had disagreements even before they reached New Orleans, and only about 140, around 60 families, took the steamboat trip from there to Little Rock, arriving in May 1833. The others went in different directions. 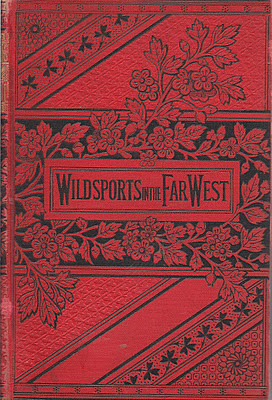 Of the sixty families who came to Arkansas, many stayed in the Little Rock area, others moved to different counties in Arkansas, and some left for other states.  Klingelhöffer bought a farm on the Fourche le Fave in Perry County and lived the rest of his life there, dying in 1873.

Unlike most immigrants, who lived and died in obscurity, we know many things about Klingelhöffer because of a German traveler and writer by the name of Friedrich Gerstäcker, who spend many months in Arkansas between 1837 and  1843, staying several nights with Klingelhöffer and his family in Perry County.

At the time, Gerstäcker was a young man on his first trip to the United States, and he traveled extensively in Arkansas and other states, getting special pleasure in killing bears, deer, turkeys, buffalo, and whatever meandered into his path. He visited Little Rock several times, but did not like it. While there, he met several members of the 1833 group who had settled in or near the city.

After he returned to Germany in 1843, Gerstäcker wrote an account of his trip that was published in 1844 as Streif- und Jagdzüge durch die Vereinigten Staaten von Nordamerika (Rambling and Hunting in the United States of North America).  The book was successful, and it was translated and published in English in 1845 as Wild Sport in the Far West. In that book, Gerstäcker wrote this about Klingelhöffer:

He had been accustomed to a quiet comfortable life in his early days, having been a Clergyman in Germany, but he had shaken off the superintendent yoke of his native country, exchanging it for the independent life of a farmer in the American forests, and was happy and contented in his family circle. His young wife was quite an example of household virtue: they had four very fine children. He produced almost everything that he required, and though in his youth unaccustomed to hard work, he cultivated his land alone, and was not behind any American in the use of his axe; his cattle and pigs were among the best in the place. (J.B. Lippencott Company, 1859(?), pp. 228-229)

The rest of Gerstäcker's life was spent traveling in different parts of the world, and writing about his exploits. He returned to Arkansas after the Civil War, in 1867, and he visited his old friend Klingelhöffer, with whom he had remained in contact by mail. The following is an account of what he found: 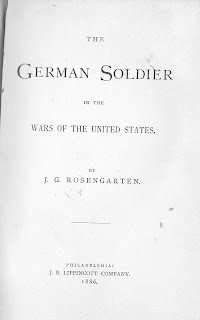 Klingelhöffer told him about the difficulties experienced in the backwoods area during the war at the hands of the Bushwhackers and Jayhawkers. Although many friends around him had been killed by the roving bands of outlaws, the losses within Klingelhöffer’s own family had been the most difficult. Gerstäcker wrote, “His only son had gone against the will of this strong Union man and had joined the Confederate army only to meet his death. That broke Klingelhöffer’s heart, and he has never completely recovered.” [This description is adapted from Schuette, Strangers to the Land: The German Presence in Nineteenth Century Arkansas (p. 73), who quotes Anita Bukey and Evan Burr Bukey. “Arkansas After the War: From the Journal of Frederick Gerstaecker.” Arkansas Historical Quarterly XXXIII, no. 3 (Autumn 1973): 255-273.]

(For more about Gerstäcker, see this entry in the Encyclopedia of Arkansas:  http://encyclopediaofarkansas.net/encyclopedia/entry-detail.aspx?entryID=1656)

Klingelhöffer and his second wife, Martha Louise, had brought two small children with them across the ocean and had nine more after they moved to Perry County. Three of those nine died within 24 months of their birth. Their oldest daughter died at the age of 28 in 1858; her husband was killed fighting for the confederacy, leaving two small children to live with their grandparents.
Only one of Klingelhöffer's sons survived infancy. Although, as Gerstäcker noted, Gustav was a strong supporter of the Union, his son, listed in  Civil War records as “Gus Klingelhoeffer,” joined the Confederate army. He enlisted as a private on July 29, 1861 at Pocahontas (see http://www.couchgenweb.com/civilwar/3cavD.html). Gus was in Company D of the 3rd Arkansas Cavalry Regiment at the time of his death on October 4, 1862 at Corinth, Mississippi. See http://history-sites.com/cgi-bin/bbs53x/arcwmb/arch_config.pl?noframes;read=8097

I have written a paper with more about Gustav Klingelhöffer; it is at this site: http://www.scribd.com/doc/69943845/Revisiting-Klingelhoeffer-An-Early-German-Immigrant-in-Arkansas

Also, an article about another family among the 1833 German immigrants to Little Rock, published in the Pulaski County Historical Review, is available at this site: http://www.scribd.com/doc/69940474/Those-Enterprising-Georges-Early-German-Settlers-in-Little-Rock