Birch Bay has a new breakfast and lunch alternative, located near the four-way stop sign where the Birch Bay-Lynden Road meets Blaine Road. It sits in the parking lot of the small grocery-movie rental-coffee store on the northwest corner of the intersection. The name of the "mobile restaurant" is Tami's Tasty Eats. 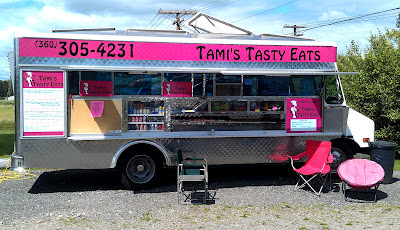 I have eaten there a couple of times, choosing from a menu that is changed weekly. The options during the last week of June were: 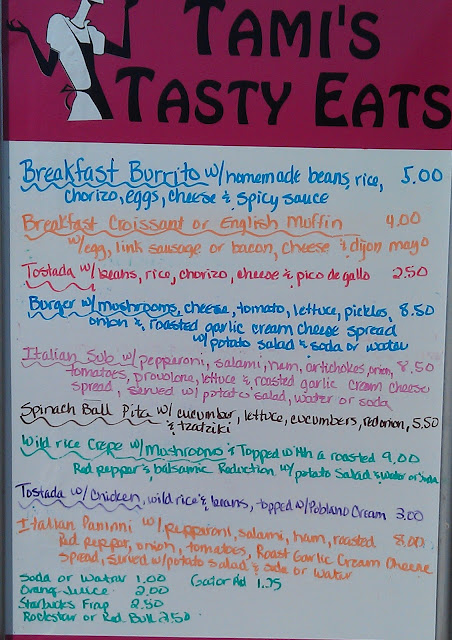 The Italian sub was heavily loaded and quite tasty. It was so big that I had it for two meals with a little left over for a snack. It cost $8.50, including some potato salad and a can of Coke. The potato salad was o.k., but a little drier than I prefer.

Another day, I tried the Burger with mushrooms and was pleased with the choice. The Burger patty was ample and the toppings made it a two-hander. In all, a nice lunch with some left over for a later hunger attack. It also cost $8.50 with a drink and potato salad.

Tami's Tasty Eats is open five days a week. Here are the hours: 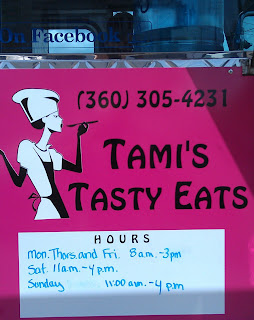 It's nice to have an assortment of reasonably priced places with tasty food available in Birch Bay. So, good luck Tami's.