Mathematicians at the National Security Agency: Men and Women without Qualities?

Taking a break from Robert Musil’s book, The Man without Qualities, I read a chilling story in the New York Times (Nov. 2, 2013) headlined, “No Morsel Too Minuscule for All-Consuming N.S.A.”  This story by Scott Shane is about the secretive government agency that spends billions of dollars annually to collect personal data from and about millions of people, including U.S. citizens and the elected leaders of our allies.  One sentence in the story grabbed my attention because of its link to Musil’s book: the National Security Agency (NSA) is and has long been the largest employer of mathematicians in the United States.

My mental image of mathematicians dates back to when I was in high school where the smartest students excelled at math. Some conformed to stereotype, wearing glasses and pocket protectors; I did not often see them because I was not a member of the Mathematics or Chess clubs.  Other math whizzes were well-adjusted, high achieving students active in different high school activities.  Some were good friends.

I don’t recall being friends with any mathematics majors in college. After finishing required courses in the first couple of years of study, I did not take courses they did, and vise versa. Occasionally I did bump into a few at the student union, but we did not have much in common. The same was true during two stints as a graduate student and in my professional work. I and mathematicians were in disciplines that rarely intersected.

Until I read the New York Times article, I had not given much thought to where mathematicians work after they get advanced degrees. I would have guessed that most went into teaching or did analysis for different types of industries. So, it was a shock to learn that so many of these bright people work for a Big Brother federal agency intent to stealing personal information from as many people as possible. 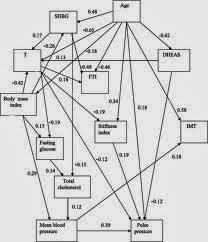 Likely, Musil would not have been surprised that mathematicians had sold their talents to such a shady enterprise.  He took a dim view of them  and their work. The main character of his book, Ulrich, was a mathematician, choosing that profession to become a “man of importance.” He had previously tried to gain this distinction as a Cavalry officer and then as a civil engineer, but was disappointed with those professions. So, he became a mathematician – and apparently, a pretty good one.

In recounting Ulrich’s move to this profession, Musil commented on mathematicians and their role in the decline of European civilization in the years just before World War I. First, he suggested that mathematicians may have sold their souls to the devil, and if they had not, they had, at the very least, ruined them. He wrote:

It is in any case quite obvious to most people nowadays that mathematics has entered like a daemon into all aspects of our life. Perhaps not all of the people believe in that stuff about the Devil to whom one can sell one’s soul; but all those who have to know something about the soul, because they draw a good income out of it as clergy, historians or artists, bear witness to the fact that it has been ruined by mathematics and that in mathematics is the source of a wicked intellect that, while making man the lord of the earth, also makes him the slave of the machine.  (p. 40)

Musil noted that many people at that time, especially those who had been bad in school at mathematics, were predicting the collapse of European civilization because “there was no longer any faith, any love, any simplicity or any goodness left in mankind.”  After WWI, these folks were convinced that mathematics “the mother of the exact natural sciences, the grandmother of engineering, was also the arch-mother of that spirit from which, in the end, poison-gases and fighter aircraft have been born.”

He pointed out that the only people who were oblivious to the dangers resulting from the work of mathematicians were “the mathematicians themselves and their disciples, the natural scientists, who felt no more of all this in their souls than racing cyclists who are pedaling away hard with no eyes for anything in the world but the back wheel of the man in front.” (page 41)

Now, about a hundred years after Musil’s Ulrich joined this profession, it appears not much has changed in the roles that many mathematicians play in society. They continue to use their education and intellectual gifts to help create soul-deadening innovations such as the precision bombing of anonymous drones. And at the NSA, they use their skills to crack codes to enable the pilfering of millions of private conversations; to increase the efficiency of algorithms that analyze stolen conversations, emails, and observations of daily lives; and to perfect the path analysis used to ferret out the links any person has with all other persons in the world.  Now, instead of using their mathematical skills to ruin souls, NSA mathematicians use them to enable government snoops to own souls. 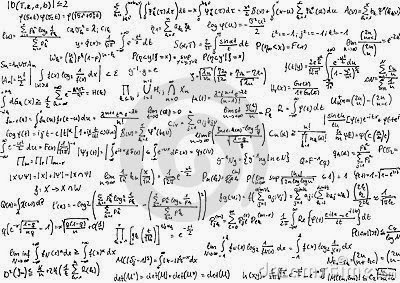 Why do these bright, talented people, who seemed so harmless in high school, do such things? Perhaps they are so absorbed in the intellectual challenges of their work that they don’t notice what they are doing to other people and society: they are, as Musil described, watching only the back wheel of the bicyclist in front of them. Or perhaps they view themselves heroes who are part of the thin line protecting the nation from evil; the ends justify the means, right?  Or perhaps they need a fat paycheck to pay the mortgage on a large house and the bills for a pleasant life.

Likely their motives are a convenient blend of these three things. As Musil observed:
…the most coldly calculating people do not have half the success in life that comes to those rightly blended personalities who are capable of feeling a really deep attachment to such persons and conditions as will advance their own interests. (p. 11)

We might consider whether these men and woman are, like Ulrich, without qualities. Such people, instead of having a sense of reality about the effects of the things they do, have a “sense of possibility.”  Such “possibilitarians” are described by Musil as follows:

Anyone possessing [a sense of possibility] does not say, for instance: Here this or that has happened, will happen, must happen. He uses his imagination and says: Here such and such might, should, or ought to happen. And if he is told that something is the way it is, then he thinks: Well, it could probably just as easily be some other way. So the sense of possibility might be defined outright as the capacity to think how everything could “just as easily” be, and to attach no more importance to what is than to what is not.

It will be seen that the consequences of such a creative disposition may be remarkable, and unfortunately they not infrequently make the things that other people admire appear wrong and the things that other people prohibit permissible or even make both appear a matter of indifference. Such possibilitarians live, it is said, within a finer web, a web or haze, imaginings, fantasy, and the subjunctive move. (p. 12)

If they are people with a “sense of possibility,” some NSA mathematicians do not worry much about reality as it exists, including the impacts of pervasive spying on a nation’s citizens, its democracy, its values, its future.  The effects might be pernicious, they would say, but it is also possible that they will enhance these things, while saving everyone from disaster. Why worry about the effects of massive spying on citizens, the leaders of other countries, and who knows who else when it is possible the results may be good. 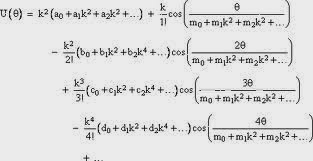 According to Musil, a man or woman without characteristics can be described this way:

Every bad action will seem good to him in some connection or other. And it will always be only a possible context that will decide what he thinks of a thing. Nothing is stable for him. Everything is fluctuating, a part of a whole, among innumerable wholes that presumably are part of a super-whole, which, however, he doesn't know the slightest thing about. So every one of his answers is a part-answer, every one of his feelings only a point of view, and whatever thing it is doesn't matter to him what it is, it’s only some accompanying “way in which it is,” some addition or other, that matters to him…. (p.71)

In short, people without qualities do not make definitive judgments about, or have a commitment to, doing things that are widely viewed as right or good rather than doing things others judge as wrong or bad.  Every action for them is a possibility not to be judged absolutely; everything in the proper context is justifiable. 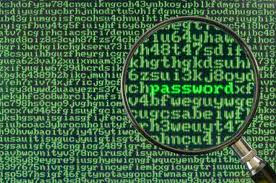 Maybe it is unfair to NSA mathematicians to suggest that some of them are without qualities. Perhaps they have qualities, albeit unfathomable, similar to those of a man I met soon after I traveled for the first time to Ukraine in 1993, just a few years after that country had left the Soviet Union to become an independent nation. The man was affable, intelligent, and well-spoken, with a Kandidat Nauk degree (a Soviet degree roughly equivalent to a Ph.D.); he worked for a regional government in Western Ukraine and later was a partner for a joint project we had. Thus, I was dismayed some time after I met him to learn that this man’s job in the Soviet Union had been to read intercepted mail sent to and from citizens living in the region, and that he still carried out similar duties for the regional government of independent Ukraine.
His explanation of why he was carrying out this odious job must have been the same as the explanation of many NSA mathematicians. He likely put it into some larger context of protecting his nation from the impending actions of evil people. What kind of qualities did this affable man have that made him capable of reading other people’s mail for a living? I don’t know, and I find myself wondering the same thing about the mathematicians at the NSA: if they have qualities, what are they that lead them to do the work they do?
Posted by Dan Durning at 2:25 PM