Bubba's Nemesis: The Battle for the 1962 Championship of the Fayetteville Babe Ruth League

●Near the end of the season, Robert Wilks went 10 for 10, including
three home runs, plus several walks, over a four-game stretch, leading
his team, Collier Rexall, to a victory in each of them.

Yes, it was an exciting season. At different times, different players got crucial hits, made spectacular catches, and carried out other heroics that made the
season fun to watch. 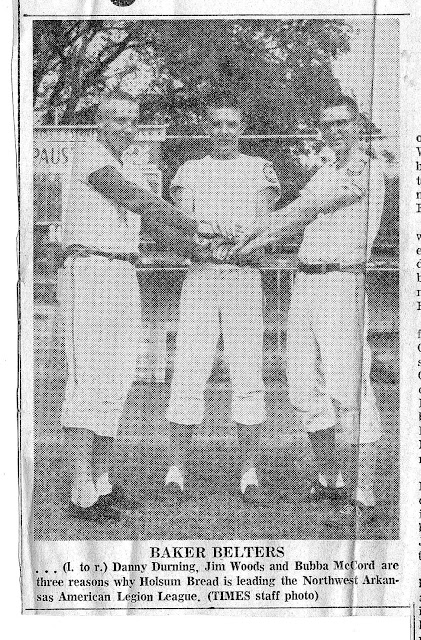