A day at the beach running in slow motion through in the pristine white sand. Bikinis for the gals; Euro-speedos for the guys. Hunk-and-babe life savers sitting in their chairs with sun glasses and white noses. Kids splashing in the bright blue water.  Young women floating on water mattresses, looking out for sharks. Everyone soaking up rays in the bright sun shine.  Even better, a chance to win some prizes with a creative, well-executed sand castle.

Yes, that is what yesterday would have been if I lived in Southern California.  But since I live in Northwest Washington, the reality was a little different.  Yes, the annual sea castle competition was held in Birch Bay. But the pristine white sand, bikinis, Euro-speedos, life guards, bright blue water, water mattresses, and sun were missing.  Instead, we celebrated our own brand of competition on the beach:  sea castles made of sandy muck, dressing to keep warm and dry, frigid water, no sun.  It was great fun and the kids of the area had a blast. 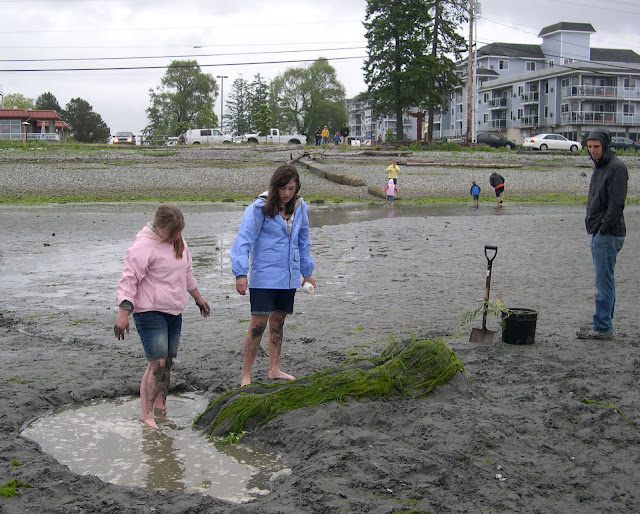 People of all ages entered the sand castle competition. Here are a couple of kids digging around in the sand muck to build their entry in competition. They seems to have dug a nice hole and spread some moss. I think the guy on the right is, like me, trying to figure out what the heck it is supposed to be. 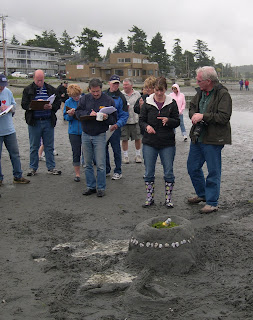 The sand castle entries were judged by some prominent local folks. Here the judges look at a sculpture of some product (maybe a wine cooler) made in the area. The judges included Pete Kremen, Whatcom County  Executive (with the coffee cup in the middle) and the Bill Elfo, Whatcom County sheriff (the man to the left of Kremen, beside the woman in a blue coat).

When the judges came to look at this sculpture, the kids who made it explained the concept of their creation. It involves a monster (at the feet of the pointing girl and boy with orange and black tee shirt) attacking a fort. 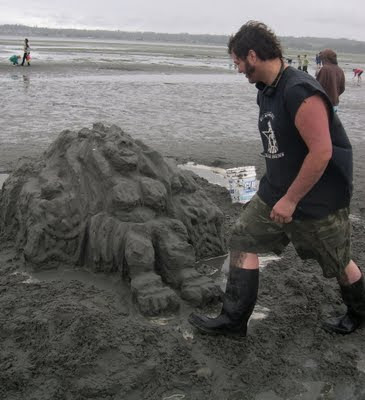 This guy took his artistic creation very seriously and devoted lots of time to improving it.  It seems to have an Inca theme. 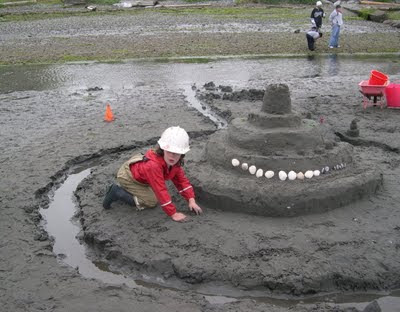 Here is another artist hard are work on something that seems to be a sand castle with a moat.  I hope the construction helmet protected her from accidents. 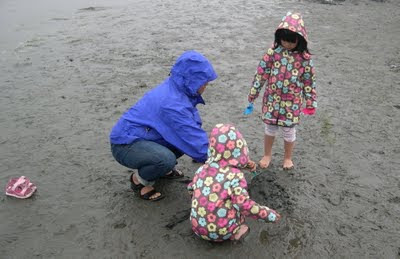 Even the youngest got caught up in the spirit of building sand (muck) castles. 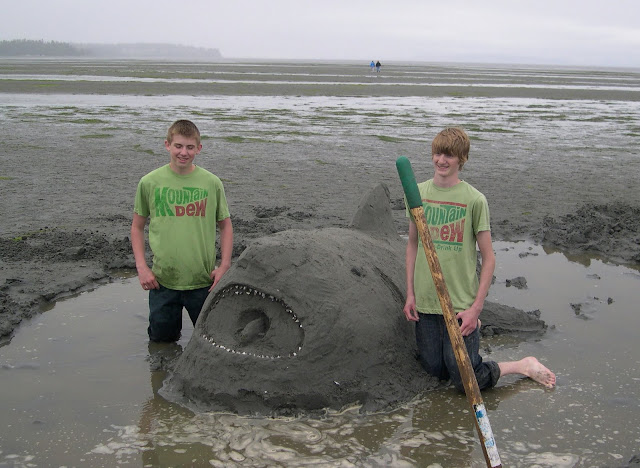 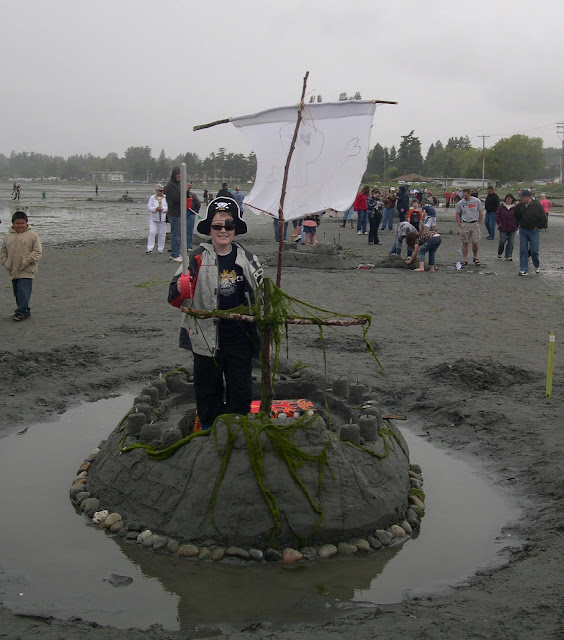 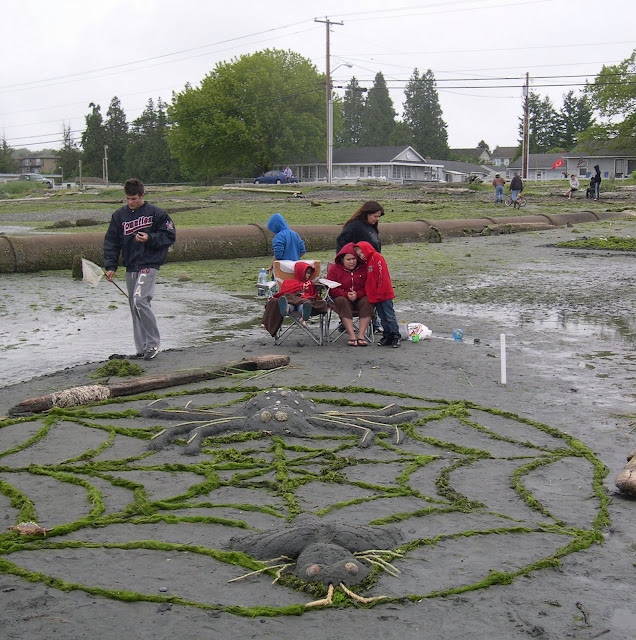 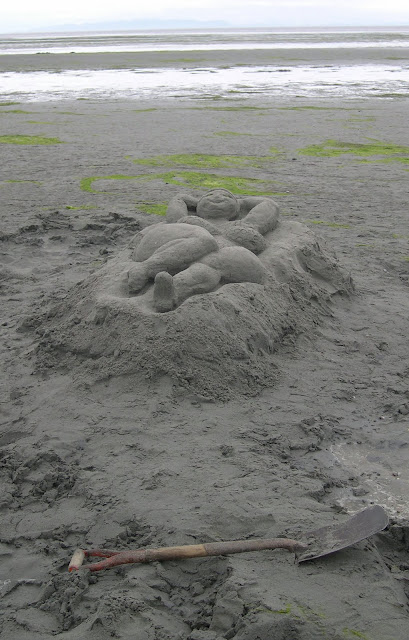 This hefty lady was oblivious to the cold and mist, and was obviously intent on improving her tan. 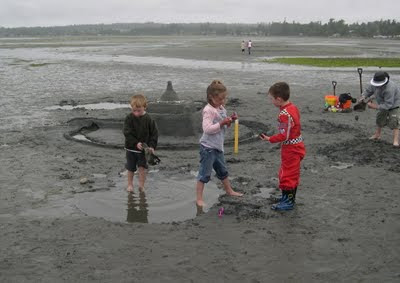 OK, maybe the conditions weren't perfect, like you would find in San Diego or La Jolla.  But, never mind, what kid is going to complain about a chance to stomp around in mud and water? Everyone seemed happy except for the guy from Vancouver wearing a Canucks shirt, who, after getting second place in the competition, tried to burn down all the sand castles on the beach.
Posted by Dan Durning at 11:37 AM