Olly and Her Modern Dance Group in early 1930's Vienna

Last Spring, while visiting Vienna, I bought a large box full of post cards at the Saturday flea market located by the Naschmarkt. Sorting through them, I came across several real picture post cards (which are, in fact, photographs printed as post cards) of a group of women who apparently were part of a modern dance group. Nothing is written on the fronts or backs of the postcards, except a few of them bear the word "Tichelka."

Doing a little detective work using all of the cards that came in the box, I was able to figure out that Tichelka was the last name of one of the young women shown with the dance group. It appears that many of the postcards in the box I purchased had belonged to her or her family.

Olly Tichelka lived until with her family at Staudgasse 67, located in District 18, until about 1935 (her mother's name was Julianne Tichelka). Likely the dance pictures were taken in the early 1930s.  Here is a picture of Olly Tichelka which has the date May 1, 1928 written on its back.

The following pictures show a group of women practicing what is clearly some type of modern dance. They have some colorful costumes, but it seems likely that the group was a local or district amateur dance troupe. 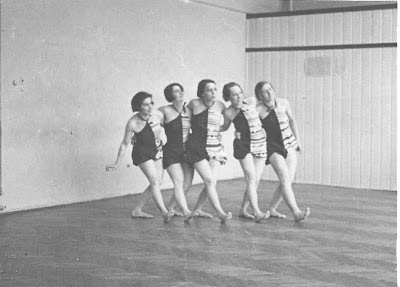 Below are a couple other pictures with Olly Tichelka practicing her dance with another member of the group: 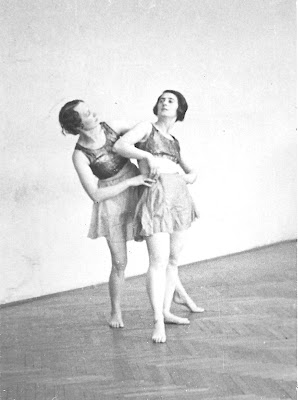 Apparently, the dance troupe did shows. The following pictures seem to be performance, or at least, rehearsals for a performance. 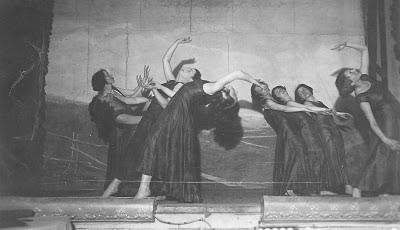 According to information on the post cards, Olly married Karl Oertel, apparently in 1935. A postcard dated September 6, 1938 is addressed to Karl Oertel at Rechte Weinzeile 71, in the 5th district, a short walk from the Naschmarkt. That post card was the last one in the collection bearing the name of either Karl or Olly Oertel. 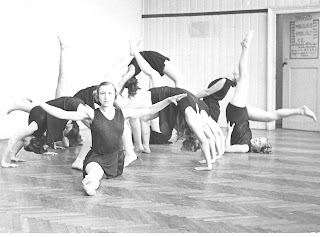 I have no information about what happened to Olly and Karl Oertel in the terrible years following the date on the last post card.
Posted by Dan Durning at 11:14 PM